In June of 1941, the town of North Kingstown appointed its first full-time police officer. Up until that time, police protection had been provided to the citizens of our fair town by the newly opened (1925) state police barracks on the Post Road. The Wickford Barracks of the RI State Police housed the fledgling South county patrol formed in the early 1930's to, primarily, patrol the burgeoning state highway system that was rapidly being established throughout the southern part of Rhode Island.

North Kingstown's police presence at that time consisted of a Town Sergeant who also served as the Town Clerk; in 1941 that man was Elmer Edwards. Mr. Edwards, in June of 1941, became North Kingstown's first Chief of Police presiding over a department consisting of one man. Elmer Edwards served as North Kingstown's Police Chief until December of 1948. The retiring chief was replaced by his assistant, Deputy Chief Chase, who in turn retired in September of 1949. At that point, Lt. Burton Moon began his long and effective reign as the North Kingstown Chief of Police. At the beginning of Chief Moon's tenure, the Department consisted of six men, including himself.

The Chief's mobile fleet consisted of two police cruisers and his own personal car, all of which were equipped with a new-fangled two-way radio recently installed in 1947. At that time the police, fire, and ambulance departments of the town of North Kingstown, South Kingstown, and Narragansett all shared the same radio frequency, giving all these departments a unique opportunity to communicate amongst themselves. In 1952, the N.K. Police connected themselves with the police departments of New England, New York, And Pennsylvania when it installed a Teletype machine, the 1950's version of the world-wide-web. The department also acquired its first photographic equipment in 1954 for the preservation of evidence found at accident sites and crime scenes.

All the police work required in a town as large as North Kingstown could not have been accomplished with a department which, for nearly its first two decades, rarely exceeded ten men, without the help provided by the assistance of the auxiliary police, later to be known as the police reserve. This group of part-timers and volunteers filled in where needed in those early years and did so in an exemplary fashion.

A typical day patrol for an officer in those days might consist of traffic and parking duty on Brown Street in Wickford or maybe doing the rounds of the vacant house checks to assure that no vandals or transients had done their work. At night a patrolman would be responsible for checking the doors and windows of all business establishments on his beat. This practice was carried out in Wickford up until recent times. Night patrolmen would also man fixed traffic posts and stop and check suspicious or erratic drivers.

When Chief Moon retired many years later, he left a police department ready to face a modern world. 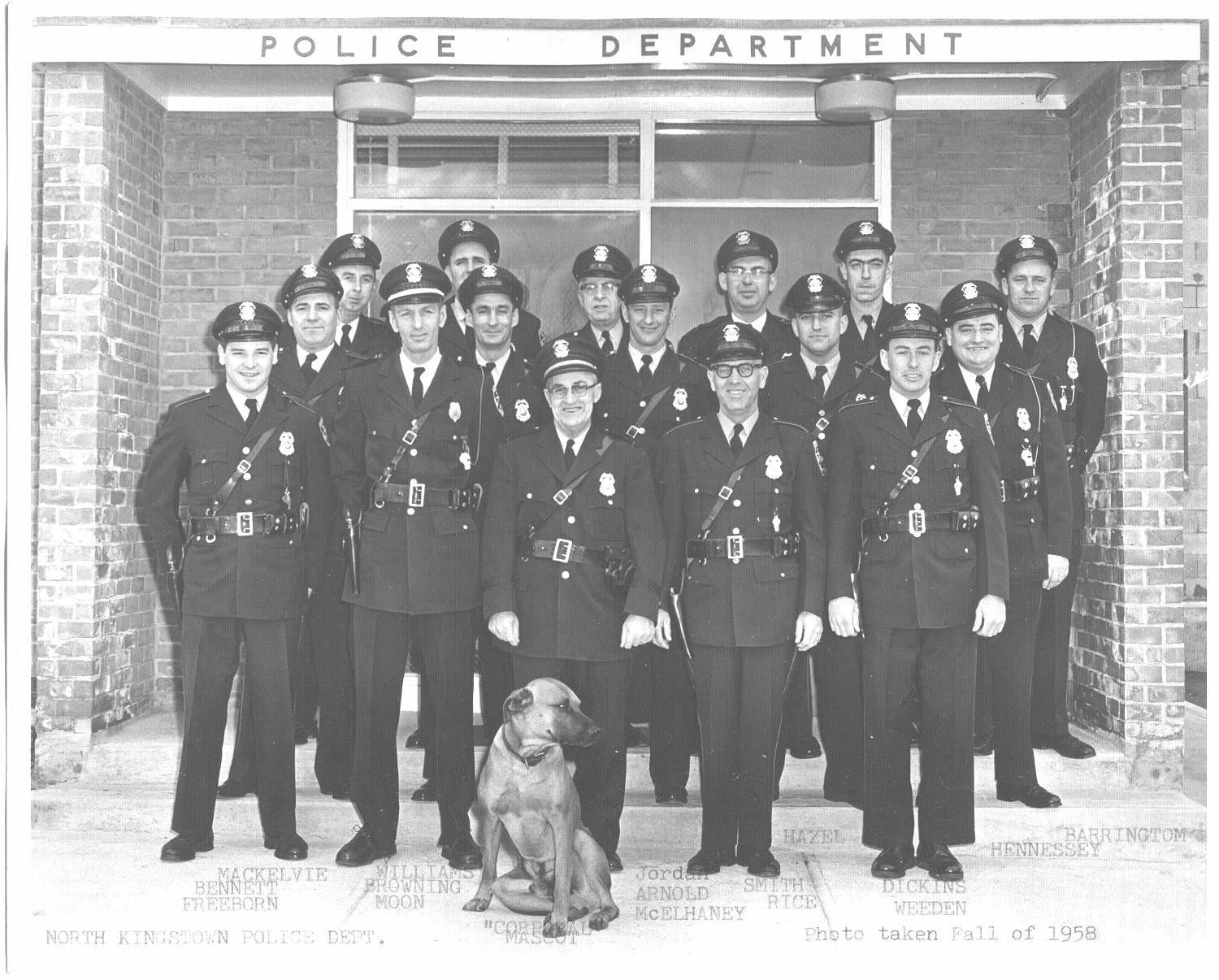